Reservoirs on Track to Produce Hydropower

Mississippi has always had plenty of water. From the river with which the state shares a name, to the Gulf Coast, to the numerous lakes, reservoirs and aquifers, water is an integral part of the state’s identity. In the future, water may help the state do something it’s been trying to do for years — find another sustainable way to produce electricity.

Rye Development, a developer of low-impact hydropower energy, is on track to bring hydropower to Mississippi through installing water-powered turbines at the four U.S. Army Corps of Engineers reservoirs.

Arkabutla, Enid, Grenada, and Sardis were built by federal engineers in response to the Flood Control Act of 1937 after the devastation caused to the Mississippi Delta during the Flood of 1927.

The role of the giant impoundments has been the gather water and hold it back each spring, then release it through control structures at a steady rate through the summer, fall and winter. The idea has been to keep water on the lower Mississippi River under more control until spring rain and snowmelt from the northern basin passes downstream. 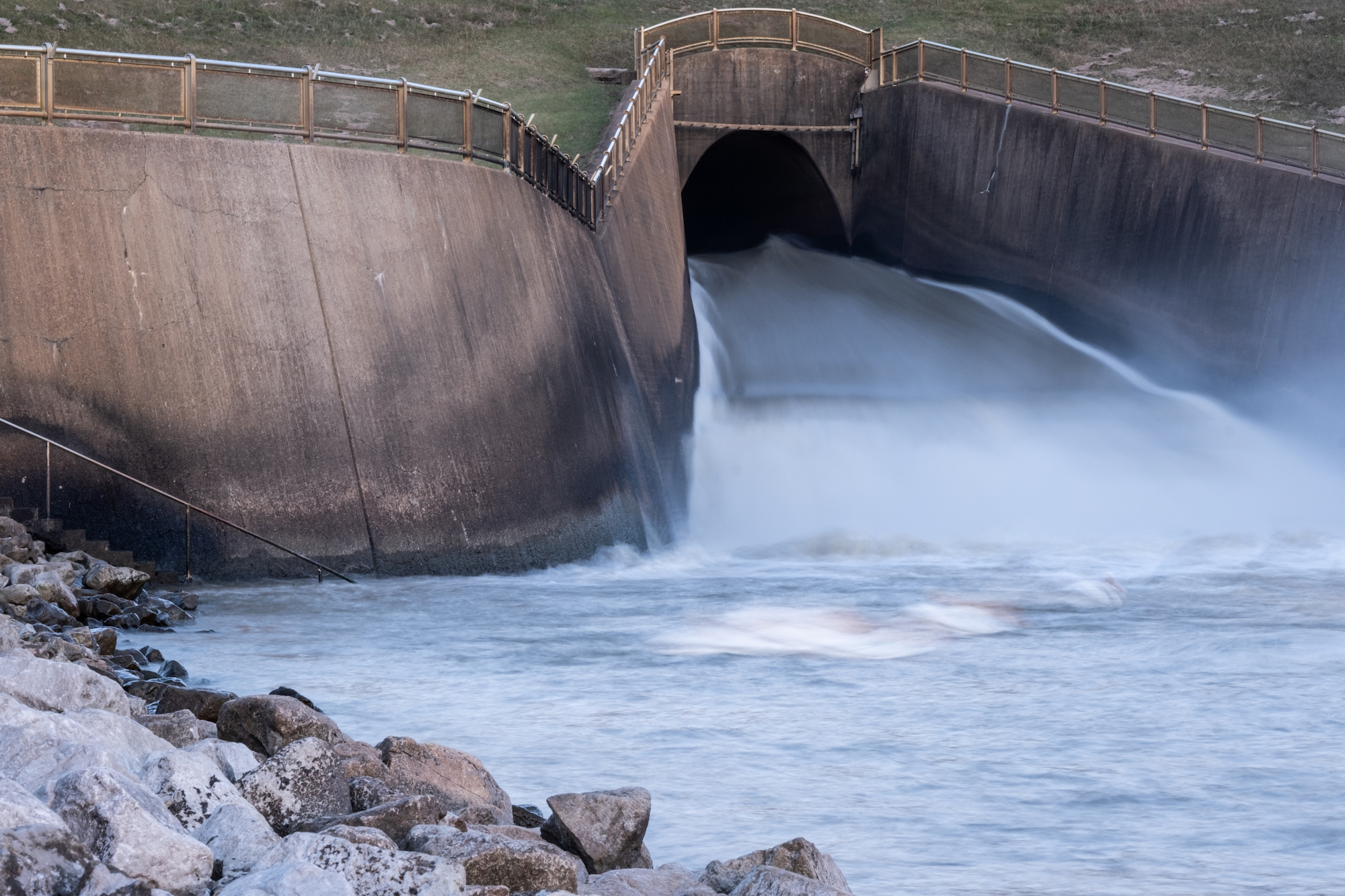 The outflow channel at Sardis reservoir in North Central Mississippi is one of four locations where installation of hydropower generation is expected to begin.

With flood control as their purpose, the idea of using the rapid outflow to power turbines, which is common at other dams around the world, was simply not part of the design at the reservoirs, all of which are managed by the Vicksburg District of the Army Corps of Engineers. Overall, only a small percentage of the dams in the United States produce electricity. Most dams, including the four Corps reservoirs in Mississippi and the sprawling Ross Barnett Reservoir northeast of Jackson, were constructed for irrigation and flood control and do not have hydroelectricity generators. The U.S. Department of Energy estimated that in 2012, non-powered dams in the United States had a total of 12,000 MW of potential hydropower capacity.

With rising awareness that the supply of fossil fuels is finite and that burning coal, oil and natural gas to generating electricity contributes both to climate instability and pollution, investigating hydropower has become more common.

Rye says the four reservoir turbines combined could generate a total of 119.4 Gigawatt hours annually, which would power approximately 11,000 homes.

A Mississippian with significant engineering credentials has been instrumental in studies and planning for hydropower for years. Brigadier General Robert Crear, who retired after 33 years with the U.S. Army Corps of Engineers, is a past president of the Mississippi River Commission, the federal agency that manages navigation and flood control along the entire length of the longest river in the nation. Crear was also charged during his career with “dewatering” New Orleans after Hurricane Katrina and extinguishing hundreds of oil well fires in southern Iraq in 1991. The fires were started by followers of Saddam Hussein, the Iraqi dictator later displaced by U.S. and coalition.

Crear has been working Rye Development since 2008. “My thought was that we needed to get away from having to depend on other countries for power, and (hydro) was even better because it was renewable energy,” Crear said. Using the actual Mississippi River for deep-water turbines has also been studied extensively. Engineering turbines to work on the lower river is much more complex than on the upper river due to the width and depth of the lower river, debris in the river and the need to keep the channel open for navigation.

According to the U.S. Department of Energy, Mississippi is one of only two states, the other being Delaware, that does not use hydropower to spin turbines and create electricity.

In addition to engineering challenges, there are regulatory and ownership hurdles. Currently, Rye Development aims to secure power purchase agreements with existing companies that sell electricity, but the road to get has been long, tedious, and expensive. Acquiring the 26 licenses needed for the project alone took six years. In addition to the licenses needed to start the project, the company has persistently worked to secure all of the 55 needed permits. The prerequisites to initiate the project also include various testing on turbines, public hearings with the Federal Energy Regulatory Commission and various studies to ensure that there would be no environmental damage done.

Funding for this project is almost entirely private, so Crear and the rest of Rye Development hired a lobbyist to suggest that investors could earn tax credits for investing in hydropower which led to the licensing, engineering, and construction phase of the project.

According to the United States Department of Energy, there are approximately 80,000 dams across the United States that have potential hydroelectricity capacity. Increasing the number of hydropower projects can contribute significantly to this avoided water use.

It’s time. Investments in projects such as Rye Development’s are also beneficial to the economy, as they can provide jobs through construction, operation, and maintenance. Although the initial processes of integrating renewable sources of energy may be expensive, the long-term payoff of these projects lead to quintessential benefits to the nation’s health, economy, and climate.

“As a nation, we’re not really addressing climate change or acknowledging its existence. Instead, we are being more reactive as opposed to being proactive and it’s costing us money and lives,” Crear said. 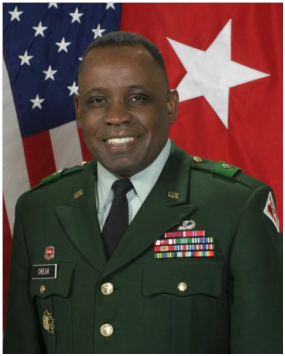 Army Gen. Robert Crear was president of the Mississippi River Commission before retirement and now works to bring hydropower to Mississippi.

Solar Minimal in Mississippi, for Now
Scroll to top