Lab-spawned Oysters Is a Key Solution

Farming the Gulf of Mexico is the answer to a lot of economic and environmental questions.

“Well, (as to the matter of) oyster abundance, the answer to that issue is aquaculture,” said Angelos Apeitos of the Gulf Coast Research Laboratory. “The answer to, say, how many fish are available, or maybe shifting the market to putting more fish that are cultured as opposed to being removed from the wild resources, again, our answer is culture, you know, aquaculture.”

The Gulf Coast Research Laboratory (GCRL) in Biloxi is a research and education enterprise of the University of Southern Mississippi’s College of Science and Technology. Professors and students there primarily focus on sustainable coastal and marine resources through aquaculture. One project under way is the spawning of oysters.

Apeitos is a fish hatchery manager at GCRL and helps oversee the oyster projects.

Researchers at GCRL begin by bringing in adult oysters either from the field or from other campuses, and putting them in a controlled environment tank. This allows the oysters to purge and cool down so they don’t metabolize as much food. “You’d think we’re trying to kill these oysters, but this is actually part of the process,” Apeitos said. 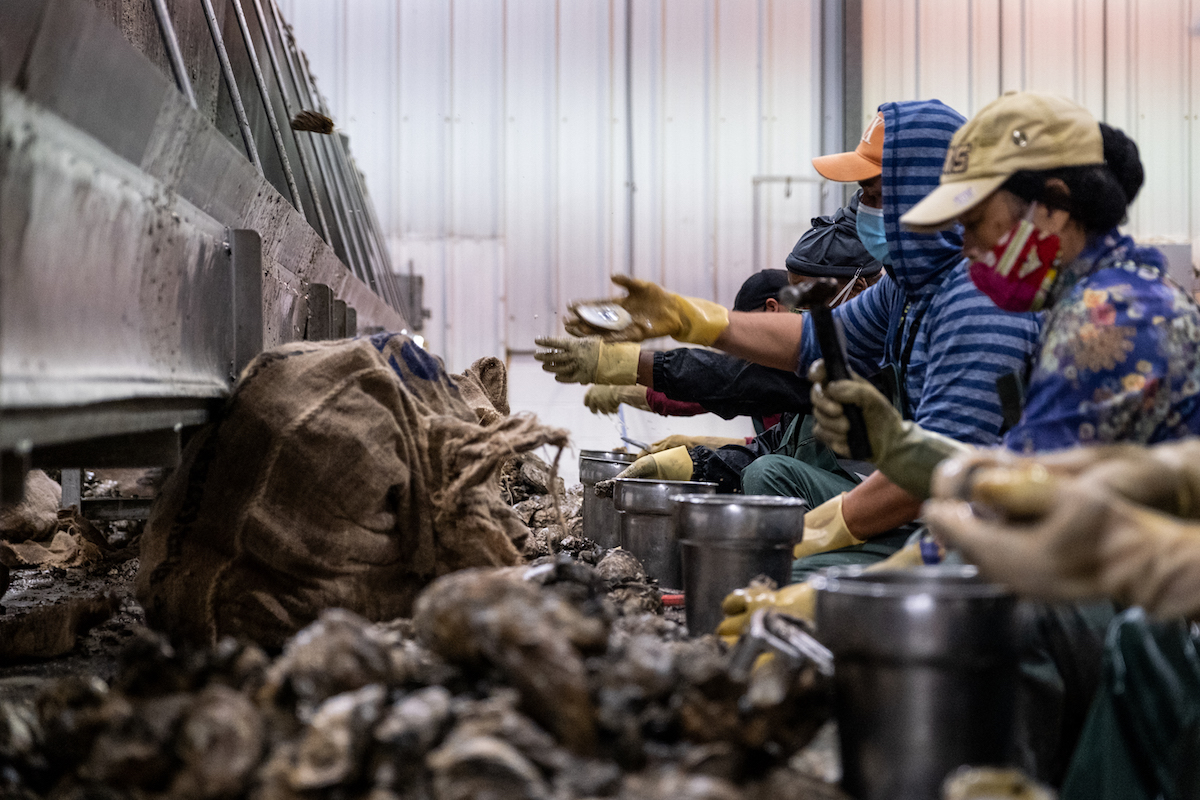 After the purge, researchers put the oysters on a table that is connected to a water basin with a pump and a heater. Oysters are naturally accustomed to tidal fluctuations, so they can sit in open air for hours if needed. The next step is to turn on the pump and let warm water fill the table. Fertilization happens outside of the oyster. When an oyster feels the rush of warm water, it starts to open up and begin spawning. Males broadcast sperm first, and females will sense the chemical cues from the sperm and start broadcasting eggs.

Once a male starts producing sperm, a lab attendant will separate that male from the rest in an individually marked basin. The same is done with the females. When the lab attendants see that they have enough gametes – “ready” sperm and eggs – they will remove the oysters and start mixing everything together. There is a delicate balance to maintain. “Oysters are very prone to deformities when you mix too much sperm with the eggs,” Apeitos said. “It’s called polysperm.”

The attendants assess how ready the eggs are and the motility of the sperm, and they mix them at the appropriate proportions to get them to fertilize. Once fertilization occurs, cell division is actually visible. The cell structure moves from a round egg shape to a D-hinge shape in just 48 hours. 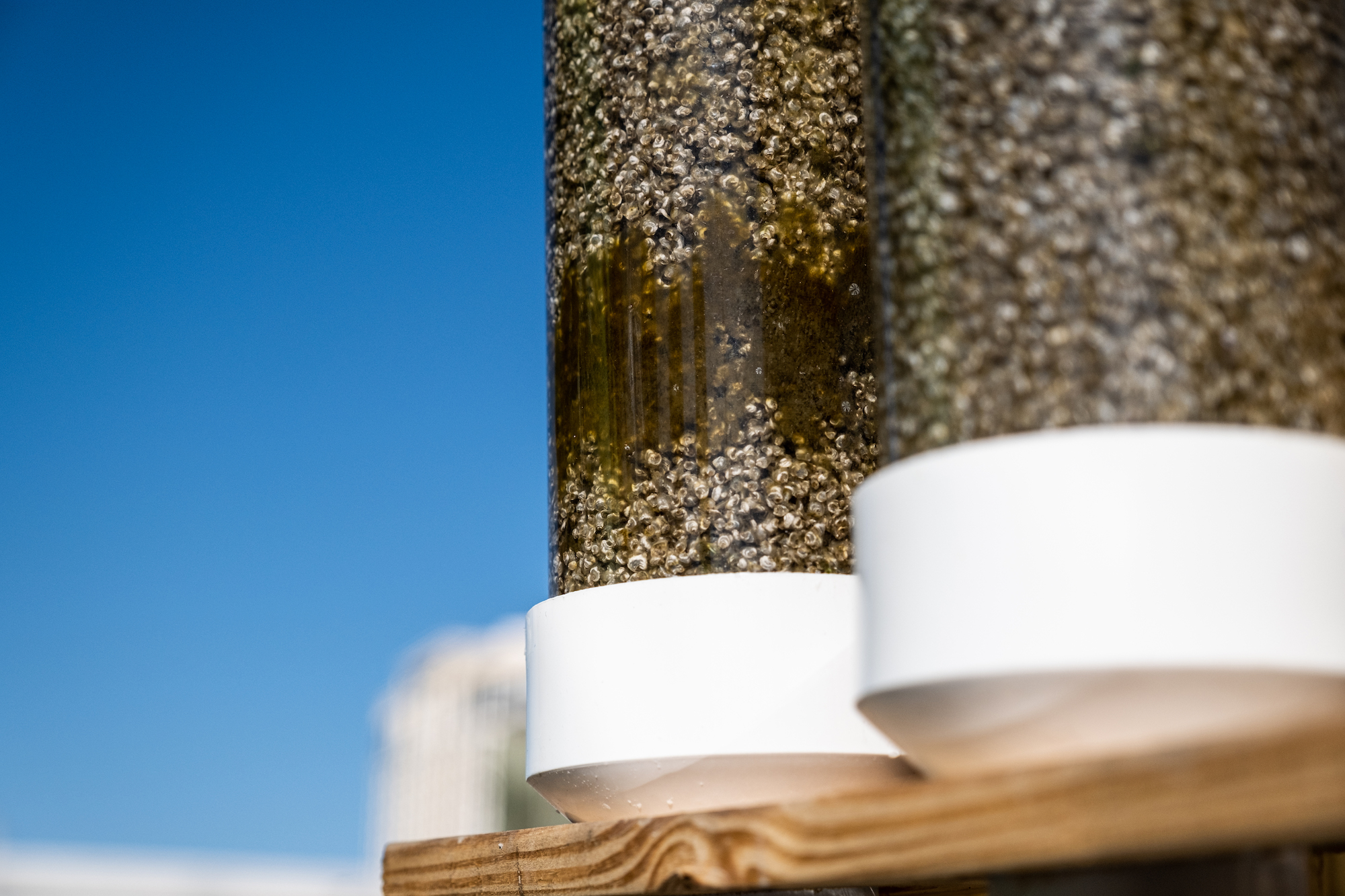 The fledgling oysters are fed micro algae until they are about 14 to 16 days old, when they start developing a pseudopod – fake foot – to feel the bottom of the substrate. Once the oysters reach this stage, workers at the GCRL will consolidate them on a wet coffee filter, and they refrigerate the oysters for five to seven days. After this, they set the oysters on any material, or cultch, that is effective. Oyster shell is the optimum cultch material, but limestone can also work. Once an oyster sets on a piece, it doesn’t move.

The GCRL cannot produce enough algae to feed oysters beyond a certain stage in a controlled environment. They feed constantly. Therefore, they work closely with other researchers and oyster farmers.

“They filter an unbelievable amount of water,” Apeitos said. “It’s like us eating every so many seconds. They don‘t move, and they grow very, very quickly.”

The GCRL conducts a wide array of other research, including water quality and the effects of toxins, monitoring sport fishing and reef restoration. 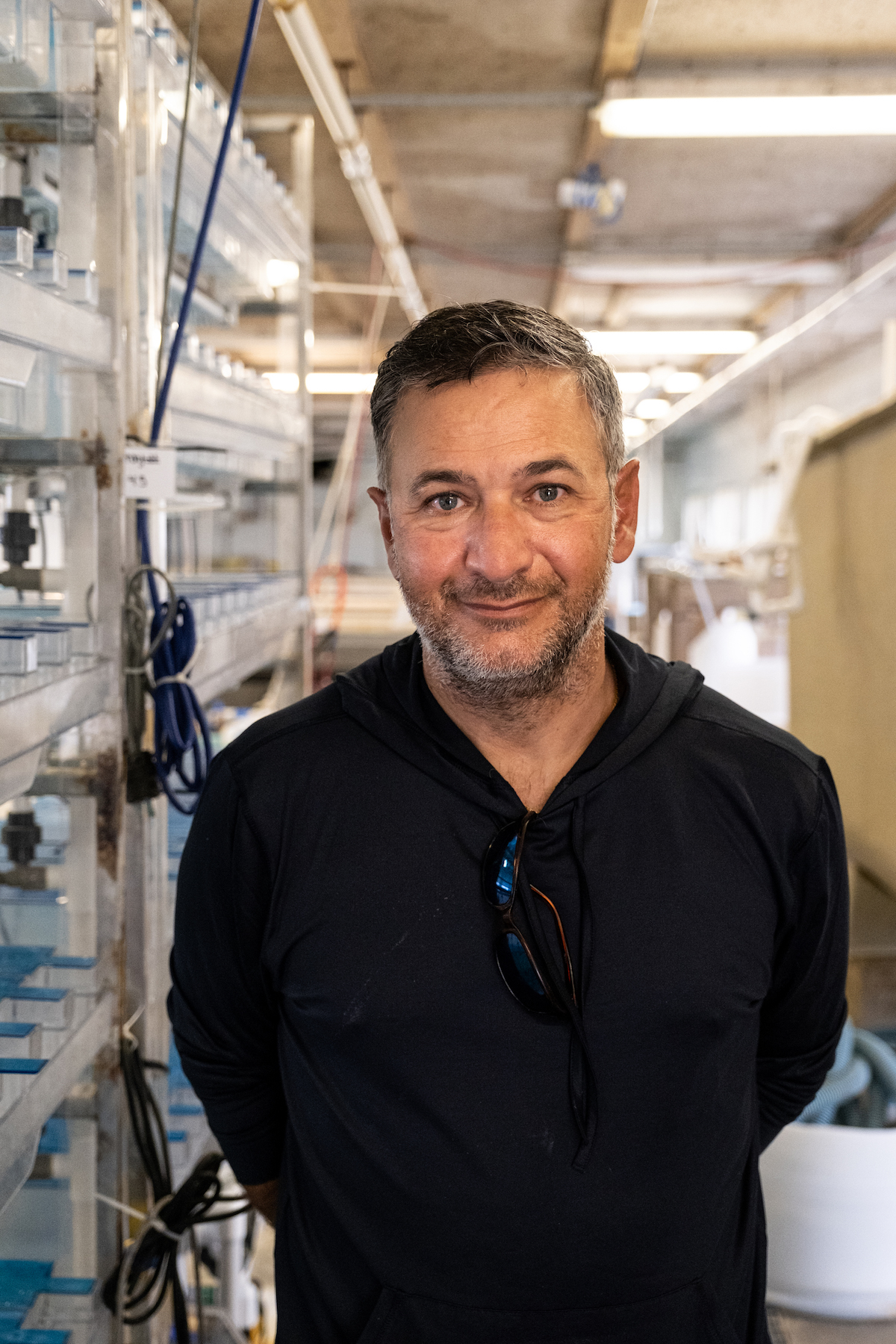 Angelos Apeitos is the Hatchery Manager at the University of Southern Mississippi facility in Gulf Shores National Seashore.

Family Knows Future of Oysters Is in Farming